Katie was born in the USA but moved to Mexico as a baby and considers herself a life-long expat. Her first big solo trip abroad was when she decided to move to Cuba to pursue training as a professional ballerina. She spent 4 years in Cuba before returning to the U.S. to work as a dancer and dance instructor. Wanting to pursue her other love, languages, too, Katie then obtained a dual B.A. from UT Austin in Chinese and Asian Cultures and Languages. While at UT, she garnered extensive experience as a language student, went on to study abroad in Taiwan for a year on a language scholarship, and even participated in a business language case competition at BYU in Provo, Utah. Katie is married to another third-culture adult like herself, and now forms a part of a traditional Hindu Indian family, which, to say the least, is never boring. These experiences and Katie’s love of languages has given her a unique insight into life as a multi-cultural expat. Whether you’re moving to another city or country, going abroad on holiday, traveling for business, or considering learning a new language, Katie wants to help make these big life transitions as seamless as possible. Although travel, expat life, and language learning can be intimidating at times, Katie strives to remove the ‘scare factor’ through her writing. She lives by J.R.R. Tolkien’s famous quote: ‘Not all those who wander are lost’, and believes anyone, with the right information and encouragement, is capable of tackling the expat life. Katie is based in the U.K. and splits her time between family in India, the U.S., and Mexico. Mostly she can be found conjuring up new travel plans, working on her writing, and dreaming about her next pint of Guinness. She loves train travel, hot coffee, and the travel works of Paul Theroux and Bill Bryson. 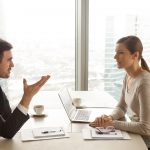 Language learning can be addictive. It is always exciting to learn to communicate in a foreign language, and there tends to be a point in the learning process where things sort of ‘click’ and you find you can suddenly use the language more naturally and effectively. Making such strides in your second language can leave(…) 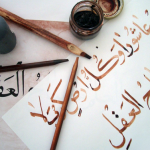 As a language that stretches back as far as the 6th century, Arabic is definitely one of the oldest, and most fascinating languages in the world. Proverbs were always an important part of Classical Arabic, Modern Arabic’s ancestor, and still hold sway in the language today. Furthermore, some of these proverbs and idioms have spread,(…)

Why Language Matters For The BLM Movement

This entry was posted in language guru, wanderlust and tagged on June 17, 2020 by Katie .

In the past few weeks, Americans have turned out by the thousands to protest racial inequality and support the Black Lives Matter movement. The scope of the movement is incredible, and it goes without saying that language, and the way we use it, is particularly vital to its success.    Let’s take a look at(…)

Can You Teach Your Child a Language You’re Not Fluent In? 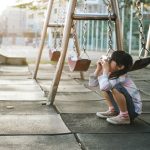 Tips to Master the Easiest and Hardest Languages to Learn 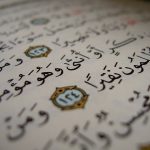 The ease or difficulty involved in learning another language is often a factor in which ones we choose to study. High-school students tend to go with French and Spanish for a reason: because these are easier and take less time to learn than, say Chinese, or Hungarian. But others love tackling the hard ones because(…) 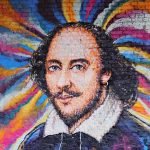 The Bard may be long gone but his influence on the English language persists hundreds of years after he penned his last work. William Shakespeare created new words and phrases all the time for his plays and poetry, and a lot of them surprisingly still persist today. When we’re not making use of his plot(…)

5 Small Ways to Learn a Language Every Day 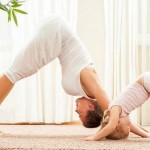 Learning a new language takes time, discipline, and effort, but that doesn’t mean you’re only effectively learning when spending hours pouring over a grammar or vocab textbook. In language learning the small study opportunities are just as important as big ones, and little things can lead to big results. So how about putting your textbook(…) 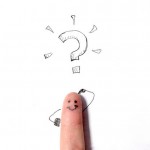 The English language is both complex and quirky. Its idioms, words that aren’t pronounced at all like they’re spelled,  and confusing (or contradictory) rules, all from a part of the wonderful language we call English. So don’t be a nincompoop and stop your lollygagging, and read onto to learn about some of the craziest English(…)

Things to Know if You’re Spending Sakura Season in Tokyo 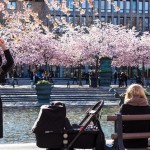 There are many fascinating aspects to Japan, but sakura season (or cherry blossom season) is probably one of the most well-known and iconic parts of visiting this country.  Not only is cherry blossom season gorgeous to see, but Spring is an incredibly meaningful time of year in Japan. Come springtime, multitudes of locals and tourists(…)

5 Tips to Help You Make the Most of Living Abroad, Even When You Don’t Like It 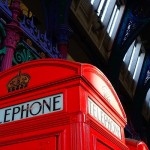 Living abroad can be a glamorous and exciting venture, but it can also be incredibly tough—especially if you don’t particularly like where you’re living. We don’t always get to choose where we live; you could be stationed abroad, or perhaps you moved for a better job, or maybe your company has transferred you to a(…)