Nicole Grouman was born in Buenos Aires, Argentina. When she was two years old, she and her family relocated to New York, where she lived until she was 13 years old. Consequently, she grew up surrounded by both English and Spanish, and reaped the benefits of receiving a bilingual education. Of course, it was a very uplifting and trying experience for her and her family to move abroad; It was not easy adapting to a new culture, a new language and a new country, but it was undoubtedly inspiring for Nicole. When she returned to Buenos Aires in 1993, she attended a local high school. Again, it wasn´t easy adapting to the local customs and instability of Argentina. Indeed, she brought back with her many habits from the US that simply were not compatible with local Argentinean customs, like punctuality, driving manners, and greeting routines, for example. By the time she was senior in high school, Nicole could not decide what career to pursue. She was interested in acting, teaching and was curious about journalism. Eventually, she decided on the latter and to become a journalist, soon after obtaining a BA in journalism. But she always kept her options open and has since enjoyed working in many different jobs and careers. She has been teaching English since 1998 and started working as a freelance journalist in 2008. She has had the opportunity to work in a movie, write articles, conduct field research, and work as a mystery shopper, among other jobs. Nicole enjoys interviewing people, investigating insightful topics, and teaching. Curiosity has always been her drive to excel as a professional. She knows that you can learn something from anyone and always follows this premise in her work as a teacher and journalist. Due to her international upbringing, Nicole has a rich perspective on both Argentine and American culture and is able to convey this insight in her work. She currently writes travel and language blogs for Listen & Learn.

Residency And Children: What To Know Before Marrying a Brazilian 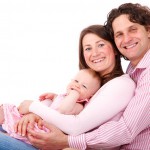 There are many beneficial aspects of being with someone from abroad – learning about a different culture, a different language, being introduced to different music and tasting different food. Many adventure seekers are attracted to new cultures, and marrying a Brazilian definitely has its perks. But it can also be a complicated process – especially(…)

4 Reasons Why You Should Move Your Family to Brazil

This entry was posted in must know, serious, wanderlust and tagged Brazil, family, language, Portuguese, Relocating on October 31, 2014 by Nicole Grouman . 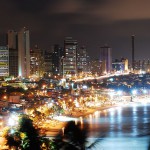 Relocating to a new country is never an easy task, and the many new intricate details to learn – the language, culture, rules and regulations – can make for a complicated transition. Despite all the difficulties, many people choose to embark on this incredible adventure. Moving to a new country by yourself is one thing,(…)

This entry was posted in must know, wanderlust and tagged Argentina, Spanish language, tourist, travel on October 22, 2014 by Nicole Grouman . 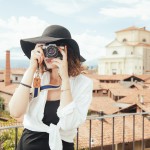 Many tourists are drawn to Argentina because of its rich culture, relentless nightlife, varied landscapes, mouth watering food and pleasant weather. But to make the most of all this amazing country has to offer travelers need to be prepared, and many are unaware of what to keep in mind when heading to Argentina: Not exchanging(…)