I’m Tamara and I write and edit for an online reference database on the topics of history and social sciences. I was born in South Africa and grew up in the Cape Town area. As an adult, I’ve also lived in the United Kingdom and the United States. I’m love traveling and have been lucky enough to explore a variety of countries and cultures, including China, Egypt, Thailand, and Israel. While at college, I studied Mandarin and had the chance to attend a summer school session in Beijing in 2010. It was then that I discovered just how hard it is to truly master a new language. Studying in a classroom was one thing, but comfortably carrying on a conversation with fluent speakers was quite another. I gained a new appreciation for anyone who could speak multiple languages. At the age of 25, as I was contemplating a master’s degree, I decided to set my sights abroad. I chose Scotland, and in 2012 I arrived in St. Andrews to complete my graduate degree in English literature. I returned to Cape Town in 2013, but couldn’t keep still for long. In 2015, I got married and moved to Denver, Colorado, where I now live and work. I currently write and edit content for a subscription-based reference database that covers ancient and modern world history, geography, pop culture, and contemporary issues. Moving from southern Africa to the UK and U.S. has also been a fun learning experience in the differences that exist between cultures that even share a language. Colorado is a happy second home, but I can’t keep away from my home country; I journey back for family time, African sun, and the Cape winelands at least once a year. As a language learner myself, I’ve stumbled through Mandarin and French (continuing to explore French in my spare time). Spanish is next on the list.

This entry was posted in must know and tagged Hebrew, Israel, language guru, Learn Hebrew on December 8, 2015 by Tamara Rose Johnson . 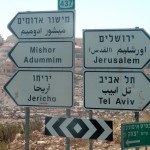 Survival phrases can encapsulate a variety of things when in a foreign country and the list can go on and on. To get you started, we’ve compiled a list of emergency phrases and useful words you can use in many situations. Becoming familiar with a handful of essential phrases or questions can really facilitate(…)

Top Israeli Foods You Have to Try

This entry was posted in glutton and tagged Hebrew, Israel, Israeli Food, Learn Hebrew on December 1, 2015 by Tamara Rose Johnson . The question of whether there is one distinct category of Israeli food is a hotly contested topic. Israeli food, like many cuisines, incorporates influence from its numerous surrounding countries and cultures, reflecting the movement of people to and from its borders. Drawing ingredients and dishes from the Middle East, the Mediterranean and North Africa, Israeli(…)

The Most Difficult Things about Learning Hebrew

This entry was posted in language guru and tagged Hebrew on September 29, 2015 by Tamara Rose Johnson . Opinions are divided on the difficulty level of learning Hebrew, although generally speaking, the language tends to place pretty high up on the list of the toughest. Don’t be intimidated though; it certainly is not the most brutal of learning curves. However, there are certain quirks that may prove a challenge to new speakers. This,(…)

This entry was posted in language guru, wanderlust and tagged on September 25, 2015 by Tamara Rose Johnson . Dutch is one of the easier languages to learn, especially for native English speakers. As a part of the Germanic branch of the Indo-European languages, it shares some similarities with English. Still, all languages have their learning curves and it’s easy to make common errors. Some mistakes are more easily made than others, and getting(…)

This entry was posted in babble and tagged on July 2, 2015 by Tamara Rose Johnson . 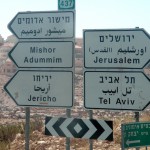 If you’re paying a visit to Israel, learning some slang and common phrases can make bonding with locals that much easier. Slang is great to pick up when learning a new language, as it shows off languages’ unique characteristics and idiosyncrasies. It also reveals location and cultural identities, as often slang springs from specific cities or(…)

This entry was posted in language guru, must know and tagged on June 5, 2015 by Tamara Rose Johnson . 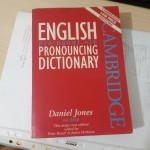 Learning English on paper can be wildly different from getting used to speaking and understanding, especially when faced with situations where you need information from someone. While your English is still basic, having a few useful phrases in your pocket (so to speak) can be a lifesaver when you’re looking for directions, information or just(…)