This entry was posted in must know, wanderlust and tagged language, mistakes, Russia, Russian, tourists, travel on January 2, 2014 by Sarah-Jane Williams . 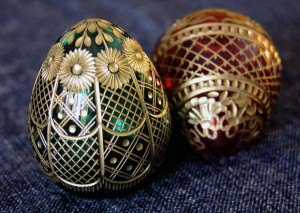 Everybody makes some mistakes when they travel – this is part of discovering the world and experiencing new cultures.  People also, usually, learn from their mistakes.  Locals are often tolerant of tourists’ faux pas, as they understand that different nationalities have different cultures and ways of doing things.  There are some mistakes, however, that can be very offensive in a foreign country.  Others can cause serious problems for visitors.  Avoid committing some of the most common errors and have a look at these 8 mistakes tourists make in Russia:

1. Burping and Passing Wind in Public

Although perfectly natural, expressing bodily functions in a public place is very impolite in Russia – a definite no-no in Russian society.  While passing wind is impolite in most cultures, burping and belching is often tolerated.  This is certainly not the case in Russia, and you will be seen as being very impolite if you do so.  If you do have an accident, you should NOT apologise, or make any other acknowledgement of the action.  Russians will ignore that it happened, and to draw more attention to the situation will only cause greater embarrassment and discomfort.

2. Wearing Shoes in a Home

If you are invited into a person’s home you must remove your outdoor footwear before entering.  To keep your shoes on shows great disrespect and is seen as being both very dirty and incredibly ignorant.  Many people take a spare pair of shoes when visiting a home to wear indoors only.  Some people will offer guests a pair of slippers, called tah-pach-kee.

3. Going to a Home Empty Handed

As a tourist, it is unlikely that you will find yourself being invited to many dinner parties or social gatherings at a person’s home.  But it could happen.  If you do visit a person in their home you must take a small gift for your host or hostess.  A failure to do so indicates a lack of respect and disregard for their hospitality.  Flowers, chocolates, or a toy for a child of the family are common gifts.

Russians are known for their impeccable dress sense and style.  Tourists are often criticised, mostly behind their backs, for being too under-dressed.  Russians dress up for theatre trips, dinner in a restaurant, nights out, parties, and similar occasions.  Your dress says a lot about you; if you dress slovenly you will be thought of as being slovenly.

5. Not Offering Seats on Public Transport 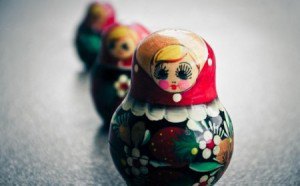 Although offering your seat to an elderly person or a pregnant lady is good manners in most countries, it is especially important in Russia.  If you remain seated and allow an older person to stand nearby, you will be very poorly thought of.  The same is true for expectant mothers.  Some men will also offer their seat to a woman.

If you are a guy, understand that if you take a Russian woman out on a date you are expected to foot the bill.  Likewise, if you are female and you date a Russian man, it is rude for you to try and offer to pay half.  This may seem outdated and unfair in many societies, but it is very much the traditional way of doing things in Russia and is a social norm.

7. Assuming That Everyone is Russian

Russia is home to a large mixture of ethnic groups.  An assumption that everyone is ethnic Russian can be offensive.  It is better to show an interest and ask somebody rather than simply labelling everyone as the same.  Customs vary between the different ethnic groups.

When speaking with a Russian person, always use the formal vi.  This applies even when the person is the same age as you.  Only use the more personal and informal ti when the other person uses it first.  Brush up on your Russian before you visit Russia to avoid any other linguistic faux pas!

Have you been to Russia for a visit? Are you Russian? Send us your advice in the comments section below!