This entry was posted in must know and tagged Culture, Italian, Italy, language on April 21, 2015 by Heather Keagan . 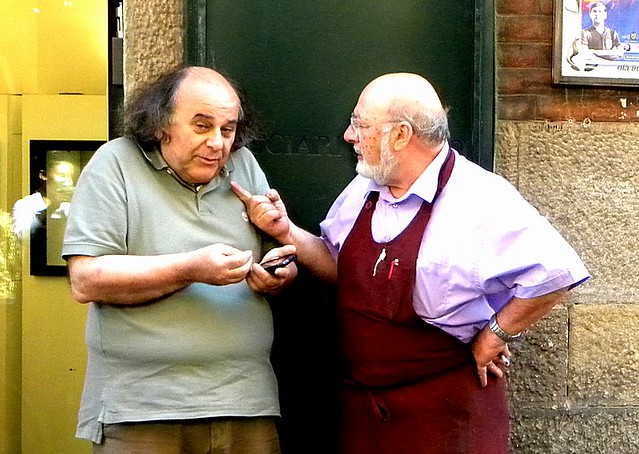 Italy is an amazing country to explore and visit, especially if you’re learning the language. You’ll have more than enough opportunities to practice a few key phrases while drinking a caffé or chowing down on some delicious antipasti. Coming from North America, you may find some cultural differences in Italy that are hard to adjust and adapt to, and you may find yourself making completely unknown faux pas! This article is here to help you not make too many mistakes while getting on your feet in Italy. We’ve compiled a list of things not to do and not to say:

Excuse me? Words Watch Out For:

After all that vino and grappa with your evening meal, or perhaps while people-watching in the piazza after a day of sightseeing, you may find yourself getting sleepy. Be careful when you tell your lovely host that you’d like to catch a 15 minute snooze as the word for nap, pisolino, is an awful lot like pisellino which means ‘little penis’.

You want to sweep what?

If you’re like most people on holiday, you’d probably like to avoid sweeping floors at all costs. Perhaps though, for whatever reason, you find yourself helping out with some housework. In this case, you may need to use the verb scopare meaning ‘to sweep’. Scopare has an alternative meaning though, which is a rude way of saying ‘to have sex’. To avoid possible embarrassing situations, when you do want to sweep (or clean at all for that matter) use pulire which simply means ‘to clean’.

Italian cheese – who doesn’t love it? You’ve got Provolone, Asiago, Fontina d’Aosta… so many delicious cheeses to choose from, but be careful when you ask for Pecorino. Pecorino, a hard cheese made from ewe’s milk, is easily confused with pecorina – a certain sex position. Take our word for it – make sure you end this cheesy delight with the letter ‘o’, not ‘a’.

Watch those hands!! Gestures to Avoid:

You may have seen this in the movies and know enough to avoid it already, but don’t place your hands underneath your chin and flick the fingers up and outwards. This is a gesture that is well known to mean ‘get out of here’, said in a slightly more offensive way!

This gesture can be a terribly offensive one if used in the wrong context. Think of using your hand to make devil’s horns or a ‘rock on’ symbol without the thumb. When this is used, it can mean that you think that the person you’re directing it towards has an unfaithful wife. Not a great one to throw around.

If you smell something foul, don’t pinch your nose! This gesture is often used situationally, or in judgement of a person in order to say “I think you’re lying” or “I think this whole situation smells fishy.” It could be misconstrued by the person observing it, so watch out!

With so many pitfalls to watch out for when travelling somewhere new, speaking some of the Italian language (even if it does contain a bunch of double entendres) will take you a lot further. Contact us to find out about Italian courses in your area, or test your current Italian level before jetting off!