This entry was posted in must know, serious and tagged endangered languages, Gender, Language acquisition, language learning, Studies on August 28, 2014 by Justine Healey . 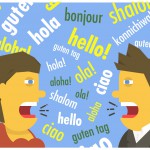 We uncover the differences in the way boys and girls learn languages—and how these lessons can this be transferred to adulthood. 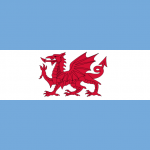 From the dawn of time to the present day, we as a species have roamed the world – and not just as individuals and families, but as communities. Whether escaping unfortunate circumstances in the places we leave behind or chasing a dream away from home, we continue to move from country to country and take(…)

Is the Language of Paradise Struggling?

This entry was posted in serious and tagged endangered languages, Hawaiian, language and history on September 2, 2013 by Jana Fadness . 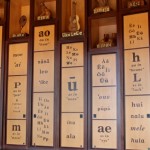 Afrikaans – Another Language Kicking the Bucket? 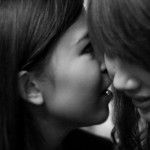 Touching down on South African soil is a rare and cherished occurrence for me, being the wandering vagabond of the family. Every time I do, I’m met with those pleasant familiarities – the smell of meat on the braai (South African barbeque), the heat rising off the ground in waves (I try to only go(…)

This entry was posted in serious and tagged endangered languages, language guru, language learning, vanishing languages on June 28, 2012 by Michelle .

Last week I wrote about Google’s Endangered Languages project. If you were wondering why it’s so important to save languages, there’s a great article in the National Geographic for you. Written by Russ Rymer, the article asks the question “What is lost when a language goes silent?” An extract from the article: Linguists have identified(…)

Google has launched a new website dedicated to preserving endangered languages. The Endangered Languages project features videos and an interactive map; people can click on dots on the map to reveal an endangered language. Google is hoping the project will bring together a number of independent projects worldwide to more effectively confront language endangerment. “Documenting(…)

This entry was posted in technophile and tagged endangered languages, Indigenous languages, language guru, talking dictionary on February 26, 2012 by Michelle .

A new hub for endangered languages has been set up on the Internet. Described as an “ark”, the site features eight “talking dictionaries” featuring dying languages from around the world. The dictionaries feature photos of cultural objects, written words and audio recordings of native speakers pronouncing words and sentences in their language. Some languages are(…)

Have you, like me, never used Twitter? This news could tempt us – a computer science professor has set up a website to track tweets from speakers of indigenous and minority languages. Called IndigenousTweets.com, the site currently tracks 82 languages including Cymraeg, Māori and Wolof. There are plans to add more, and some may come(…)

This entry was posted in technophile and tagged endangered languages, Language acquisition, language guru, language loss on April 24, 2011 by Michelle .

An interesting interview from the Huffington Post today with Dr. David Harrison, director of research for the non-profit Living Tongues Institute for Endangered Languages and author of “The Last Speakers: The Quest to Save the World’s Most Endangered Languages”. Harrison believes that technology, particularly video technology, is going to be a great help in saving(…)

Interview with a linguist

This entry was posted in serious and tagged endangered languages, language guru, language study, linguist, linguistics on November 24, 2010 by Michelle .

There’s constant debate about whether endangered languages are worth preserving, but it seems fairly rare that we hear directly from those who are studying languages. The Economist’s Johnson blog has asked linguist K. David Harrison seven questions about what is lost when a language dies – his answers are pretty interesting. Take a look at(…)