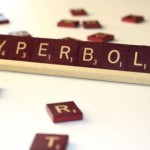 The Super Bowl is sometimes called “the greatest sporting event in the world”. That’s quite a claim considering that the vast majority of fans hail from just one country. Baseball players dream of winning the World Series, which for a league including only one non-American team, is also absurd. Money is the primary driving force(…)

This entry was posted in babble and tagged English names, names, Super Bowl, Words on February 11, 2012 by Michelle .

Little bit behind this on this, since the Super Bowl happened last weekend, but at least we’ll all be prepared with some trivia for next year! Over at the Boston Globe, Erin McKean has investigated why the Super Bowl is called the “Super” rather than the “Totally Awesome Game that Lots of People Watch” (I(…)

The language of soccer (aka football)

Many Americans may not be aware, but a huge event is taking place this month, starting next week. It’s bigger than the Super Bowl, popular in many more countries than football, yet confusingly has the same name. Except to Americans that is – you know it as ‘soccer’. As the USA is represented in the(…)