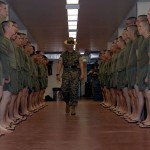 The use of slang in the military has been an ongoing tradition for troops worldwide.  It is seemingly almost as vital to the military’s communications as its radios and messengers. The many historic wars that the United States has been engaged in has evolved the slang, or jargon, that its armies use in order to(…)